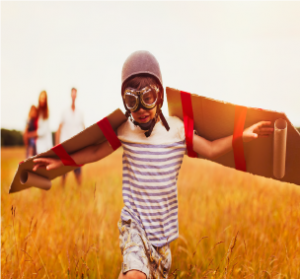 Most experts will tell you that good decisions are the result of three factors – knowledge, a gut feeling and careful consideration. Some people seem to have a knack for making good decisions. Sound decision making is a skill that can and should be developed, just like any other skill. Your ability to succeed may depend on that skill.

When I first arrived at my F16 assignment in West Germany, the morality of the base was low. The wing commander had just received a mission-ready grade of “marginal.” In fact, the base had just lost a pilot and an F16 when the pilot became disoriented during a low cloud situation and collided with the ground.  It didn’t get better. During the next 18 months, the base had two more fatalities and lost four additional aircraft, worsening morale and mission capabilities.

At this point I volunteered to attend the prestigious USAF safety school at the University of Southern California (USC). My hope was that I could come back to the base and instill a culture of safety. Up to that time, our mission was to “get it done at any cost.” A serious shift to a safe environment would demand a change in the competitive fighter pilot culture.

The training at USC was intense. It was immediately apparent that the role of leadership is crucial to a safe environment.  The ability to work in teams is also top priority for establishing and monitoring safety. Trust in the people on your team is vital. Our safety mission must change to “no loss of life or casualty is acceptable.”

Success requires complex cultural and organizational changes. Our previously toxic environment had to change. The mindset of the base must shift to safety. Not just the commander. Not just the pilot. But each person. To understand the enormity of that task, you have to understand the mindset of the military. Its success is based on teamwork. The belief is that teamwork always trumps individual effort. A flight crew takes the time to run through an entire flight. A pre-determined check list is consulted. Responsibilities are noted. Procedures are planned. During this run-through, anyone can interrupt and make suggestions – no matter their rank or authority. Each person must believe and act on the change in culture.

Even outside the military environment, our world and our jobs are more complicated than they used to be. There are more “things” to remember and more procedures that require order. Checklists are used to double-check standards, ensure optimal performance and solve problems. When a system is altered, a check-list can verify steps and prevent complications.

In the case of the base in Germany, a rigid checklist provided a window into substandard performance. Instead of a time constrained “get it done” approach, the series of tasks provided by the checklist ensured that quality was more important than risking life.

This concept behind aviation checklists has been integrated into other industries. The medical field is one where the fundamental principles behind the use of checklists have led to better implementation of healthcare. As healthcare workers are trained to respond using a predetermined procedure, the steps can be followed without actually referring to a list.

No doubt, a check list is an important tool in defining and acquiring a mindset of safety. Still, the successful transition to safety requires leadership that is self-aware. The observation and collection of data is critical. Here are a few thoughts on what a self-aware leader means to the team.

While it may be appealing to think that a checklist will solve any safety problem, the implementation of any safety procedure requires advanced team skills to implement it and sustain it. The quality and safety improvement in any organization require thoughtful leadership and an awareness of the environment around us.