The Mental And Physical Aspects of Pitching

The Mental View. Cool under pressure, systematic thinking and mental toughness – these are some of the characteristics you’ll find in a fighter pilot and a pitcher! I should know. I’m a fighter pilot by trade with experience in both playing and coaching baseball. A strange combination, I know. 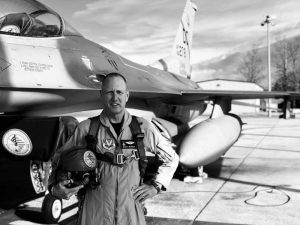 I have two major passions in my life, beside my family – aviation and baseball. As an Air Force pilot, I flew the T-38A and F-16C. I was a combat-tested fighter pilot, instructor and evaluator during my long career with the USAF, and a damn good baseball player. While the Los Angeles Dodgers and the Cincinnati Reds expressed interest in me during high school days, I instead signed with the legendary Coach Irv Brown at the University of Colorado as a pitcher. I played, coached, managed and scouted baseball for another 20+ years, while enjoying my career in the Air Force. Even today, I do some international scouting in Europe and South America while I fly a 777 as a pilot for American Airlines. I also organize an Annual Father-Son Baseball classic as a fundraiser at the Georgetown University field near Washington, DC. 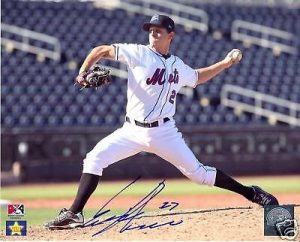 Niesen comes to the Hilltop after spending the 2017 season as a student assistant coach for the Wake Forest Demon Deacons. While completing his degree in communications, Eric assisted the Wake Forest pitching staff and served as the bullpen coach for the team under Georgetown alumna, Tom Walter.

Prior to his student days at Wake Forest, Niesen had a 10-year professional baseball career, reaching the Triple-A league with the Mets, Mariners and Red Sox organizations, as well as independent ball. He was a third-round draft pick of the New York Mets in 2007.

In the minor leagues from 2007-13, Niesen pitched in more than 150 games. He won 21 games and had a 4.51 ERA. Eric spent parts of five seasons in the Atlantic League, owning a 0.93 ERA with the Bridgeport Bluefish in 2015, his last full season. The New Boston, Michigan native stepped away from baseball during the 2016 season to be with his wife, Tina, as the couple had their first son, Gideon. 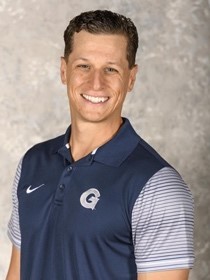 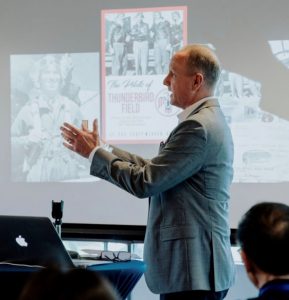 Eric and I enjoy unique perspectives on the game of baseball and on pitching in particular. We’ve teamed up to write about the Fighter Pilot’s Guide to Pitching. Our articles will include up-to-date pitching techniques culled from our unique careers. We’ll provide insight from a former professional player and current Division 1 pitching coach and in combination, examine the mindset and mentality of a fighter pilot and how that mindset relates to baseball. When we talk about the relationship between pitching baseball and flying fighter jets, we’ll provide a practical and experienced viewpoint – a winning combination for anyone who strives to be a better pitcher or better coach.