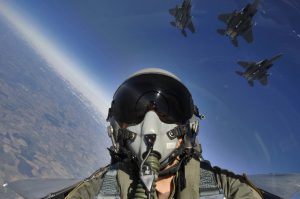 There’s a mental side to both occupations. As a fighter pilot, we rely on our wingman.  He or she is there when we need support.  The same goes for pitchers. They must rely on their wingmen – the catcher and his teammates – for defense and player insight. There’s a certain psyche – a combination of intelligence, bulldog mentality, attitude and toughness demanded of both jobs.

Owning The Pitch. Climbing the mound with the mental toughness of a fighter pilot is the same attitude a fighter pilot takes when he climbs the ladder to strap into his jet. The mind is determined and confident, knowing he or she is prepared for the mission. In combat, as missiles are launched, a pilot must maintain his composure. A pilot learns to prioritize his actions to stay alive. Similarly, when a pitcher takes the mound, he embodies the same confidence and mechanics of a fighter pilot.

The Development of Mental Toughness. Both professionals, fighter pilots and pitchers, approach their particular endeavors through a systematic strategy of consistent practice and planning. Success in a mission or on the field does not happen by accident. A thorough knowledge of the subject is critical when it comes to success and achievement.  And perhaps even more important is keen mental preparation. While baseball may not be as forward-thinking as the military with regards to mental preparation and emotional control – still, the challenge is the same. 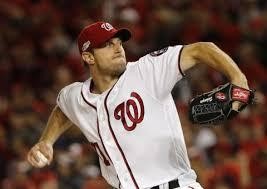 Preparing Pitchers. So what does it take to build mental toughness in a pitcher? We make the training environment tough. We instill challenging drill work, promote vigorous practice that replicates real games, focus on mental training and practice breathing techniques. When a pitcher steps on the mound and the hitter stands in the box – there’s a perception that one player is confident and ready to take advantage of the other.  That’s the purpose behind building mental toughness. You must KNOW you are better than the other guy – that’s you’ve trained well and know how to execute pitches or hit the ball in stressful conditions. Over time, winners are stronger both mentally and physically.  In baseball, as in flying fighter jets, winning or losing generally comes down to a single moment. Be Ready.