Scott “Hurler” Weaver is a retired Lt. Col. with the USAF and presently works as a pilot with American Airlines. Weaver is also the author of book called “The Pilots of Thunderbird Field.” and soon to be released “A Pilot’s Passion.” Stay tuned for details

As a third-generation pilot and aviation historian, Weaver is the perfect speaker for organizations and private corporations that would like to inspire and motivate its workforce.

As a senior pilot, Weaver has over 2,600 hours of instructor and fighter time. During his career with the USAF, Weaver was also a T38A Instructor at Vance AFB, Oklahoma.

Later Hurler went on to fly as an F16C Fighter pilot at Hahn Air Base, West Germany, as well as the DC ANG at Andrews AFB, MD.

Lt. Col. Weaver is known for his lively, interactive presentations. If your company is highly competitive and looking for someone to super charge your next meeting, Weaver is the perfect speaker.

Hurler speaks about the highly competitive and constantly changing world we live in and how to flourish within that environment. Weaver is a certified speaker through Wingman Enterprises.

The general theme of Hurler’s presentations is “The Making of a Wingman.”  Weaver talks about building trust and working as a team. He tells stories about dodging missiles in the past and relates them to the competitive assaults experienced by leading companies in the business world.

Weaver’s presentations focus on adversity, winning, teaming and the importance of safety. He can inspire the audience to overcome performance barriers and achieve greater heights. These presentations are captivating and exciting, as well as highly interactive. Every organization needs awakening now and then.

Leaders need to be re-engaged, and know how to inspire others.

LEARN MORE about booking Weaver for your next event and about the topics of his presentations. 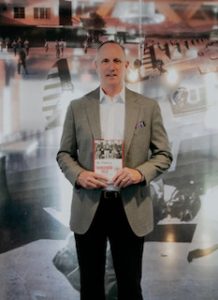 In his book, The Pilots of Thunderbird Field, Weaver takes the reader through the history of aviation from 1941-1945. Besides providing the reader with an animated retelling of our history, he provides a window into the history of our country at a time when leadership was desperately needed.

Weaver’s experience and family history provide the reader with a fascinating story about the overwhelming passion of people and how that passion resulted in remarkable achievements.

As of this writing, Scott’s second book is underway, including a movie adaptation and screenplay. Stand by for more details!